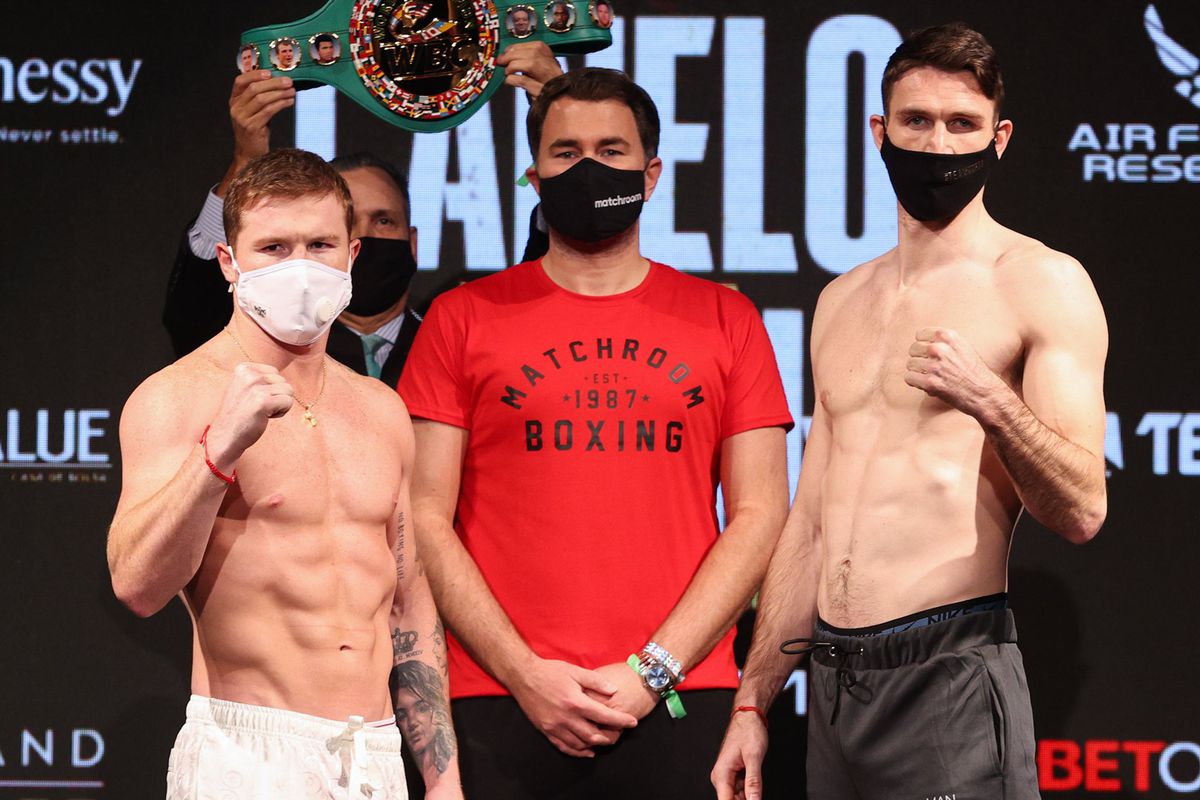 After a strange year that saw Canelo Alvarez out of action due to a combination of the COVID-19 pandemic and legal disputes for former promoter Golden Boy Promotions, Oscar De La Hoya and streaming service DAZN, the Mexican superstar is ready to step back in the ring. Alvarez will face super middleweight champion Callum Smith in a main event Saturday night in San Antonio’s Alamodome.

Smith is the WBA titleholder and his belt will be on the line, as will the vacant WBC belt after the sanctioning body leapfrogged mandatory challenger Avni Yildirim to hang the belt on the fight. The winner will need to face Yildirim in their next fight, according to the WBC. Were that situation not already confusing enough, Alvarez also is the WBA “regular” champion, which is a step below Smith’s status as “super” champion.

The fight is interesting in the physical differences between the two men. While Alvarez is the favorite and arguably the best pound-for-pound fighter in the world, he faces a (literal) tall task in the 6-foot-3 Smith, who will hold a considerable size advantage over the 5-foot-8 Alvarez.

In the modern era of boxing cards, this is decidedly a one-fight show. But for those hardcores looking for the next big thing, there’s still some names to keep an eye on. Most notably, bantamweight prospect Marc Castro as he takes on Luis Javier Valdes in a featured bout. Castro will be making his pro debut after amassing an amateur record of 177-7. The California native has plenty of hype around his name and will be looking to make a splash on the undercard.

How to watch Alvarez vs. Smith